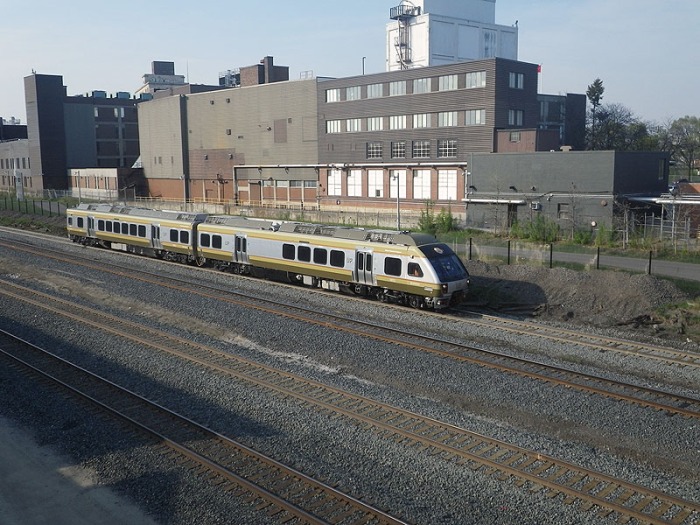 Ugly Duckling you’re the one.  Toronto’s UP Express during pre-service testing on May 8 2015 passes the Nestle Chocolate Factory at Dundas Street West.

So, I don’t know if other modellers have this problem, I’ve never talked about it with anyone (asking questions like this feels embarassing), but do others have paint colours that you would describe as your “bane” when it comes to painting them?  I’ve been building scale models seriously starting with plastic kits probably since I was 10 years old and evolving to more complicated craftsmen kits as Model Railroading has become my focus, to designing my own models using 3D printed parts, and yet, over that give or take 27 year period of actively modelling, I have never, ever, managed to successfully paint things that are overall white, and rarely managed to successfully paint things yellow (though I’ve successfully painted yellow things in 2016, so maybe I’ve finally cracked that colour).

I bought a plastic model kit a couple of years ago, because I came across a decal set for a really cool little side project.  I touched on the project here talking about learning to use bare metal foil.  I’ve been working on the project on and off, but I have run into a serious block in actually getting it done.  I have now painted the fuselage of the 1/144 scale Boeing 737 aircraft kit three times, and had to strip the paint and start from scratch three times.  I didn’t think it was possible for a plane that’s less than 8 inches long to cause so much aggravation.  I’ve tried painting with both my airbrush, and rattle cans of white paints, and the results have been the same, I cannot get a good coat of paint.  It runs, it bubbles, it pools, some idiot manages to stick a thumbprint in it, something happens with every attempt.  I was so close on the last attempt.  One side was perfect, and as I attempted to put on thin coats, the paint started to bubble off on the second side.  Some of the problems are definitely user error, some may be climate issues from having my paint booth be located on our 12th floor balcony, but it’s clearly in my head on some level.  I’ve had no problems priming the model, but as soon as the white paint comes out, disaster.  I’m by no means an expert painter, but I know I’m at least competent, at least so long as whatever colour I’m spraying isn’t a shade of white apparently.

The kit is now sitting on the end of my workbench at home staring at me, waiting on me priming it again to take another run at painting the fuselage white.  I was really excited when I started this little project, and have put a lot of time, effort and money into it, but it’s really disheartening having the same thing happen again and again.  I almost wish I hadn’t started the project, but I’m also just stubborn enough to not give in. 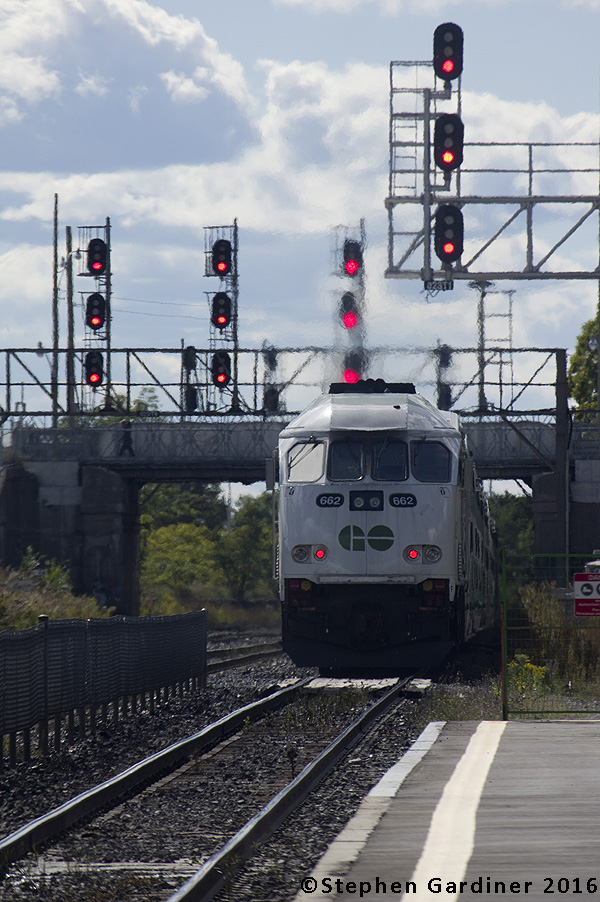 Canadian Pacific No.136 rests at Tottenham on the South Simcoe Railway (former CN Milton Subdivision) at Thanksgiving in 2013.  This engine has had a long life being built in 1882, and having helped build the transcontinental railway, spared from scrapping by serving on light branch lines in New Brunswick where more modern locomotives couldn’t go, becoming a TV star in the 1970’s retelling of this in “The National Dream”, working excursions around the Toronto area and finally being one of the two steam locomotives at the South Simcoe Railway in Tottenham Ontario.