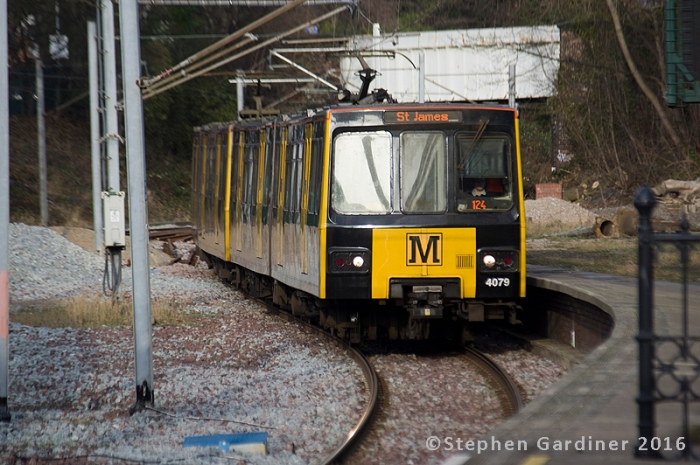 A Tyne & Wear Metro train approaches the platform at Tynemouth Station.  The Tyne & Wear Metro is a rapid transit line serving the Newcastle-upon-Tyne and Sunderland area in north east England.  Some of the stations on the coast, such as Tynemouth were originally built as railway stations for holiday makers getting to the beach.  While today only two through tracks remain at Tynemouth, the large glass canopy covers evidence of four additional bay platforms from when the station was originally built by the North Eastern Railway (later a part of the better known London & North Eastern Railway) anticipating heavy vacationer traffic which never developed.