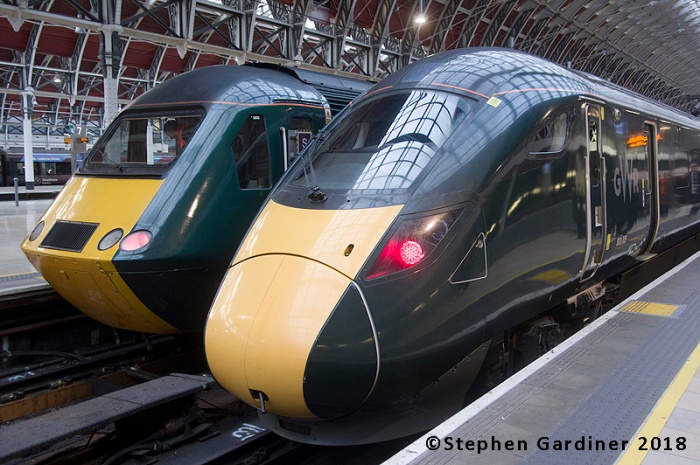 The changing face of the Great Western mainline in England.  On the left, a Class 43 diesel “High Speed Train”, on the right, a Class 800 “InterCity Express Train” disesel/electric dual mode train on the left.  The HST is a pair of locomotives at each end of a train of traditional coaches.  The IET is a DMU/EMU permanently formed five coach train, with drivers cabs at both ends.  I had a chance to ride on the IET during my recent trip, they are nice, smooth running trains, but feature the same problem as many modern trains in the UK with a lack of luggage room and feeling the seating space is constantly being squeezed even smaller.

That said, Isambard Kingdom Brunel would approve of the constant push forward in technology, and his statue in Paddington no doubt does. 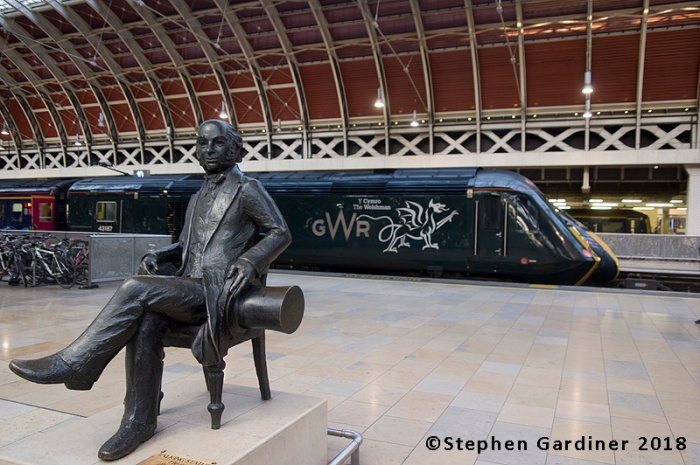 One thought on “Tuesday Train #90”