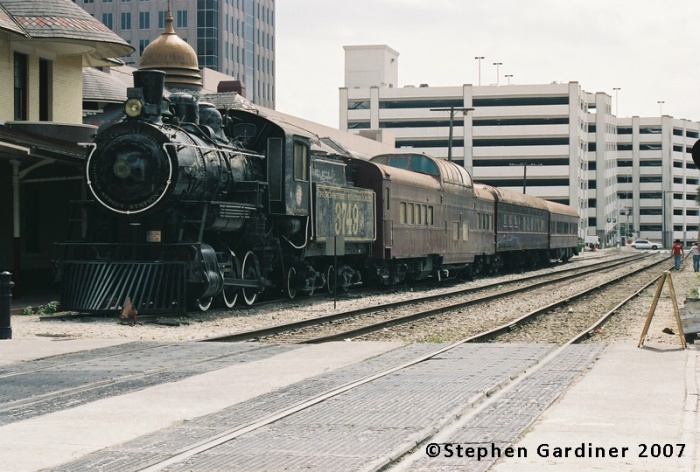 Ex-St. Louis & San Francisco (Frisco) 3749 rests outside the Church Street Station in Orlando in 2007.  This location is now a station on the new SunRail Commuter Service, and the locomotive and three coaches have been donated by the City of Orlando to the Florida Rail Road Museum in Bradenton, who are fundraising to restore 3749 cosmetically to her 1950’s appearance.

While in Florida in spring 2007, one of the days I had my parents car to do some things on my own, I timed a trip to downtown Orlando to both see the locomotive above, and catch the Amtrak Silver Meteor headed south to Miami at the same location.  Not the most scenic location I’ve ever shot, but I was working on doing two things in one stop to pay for parking. 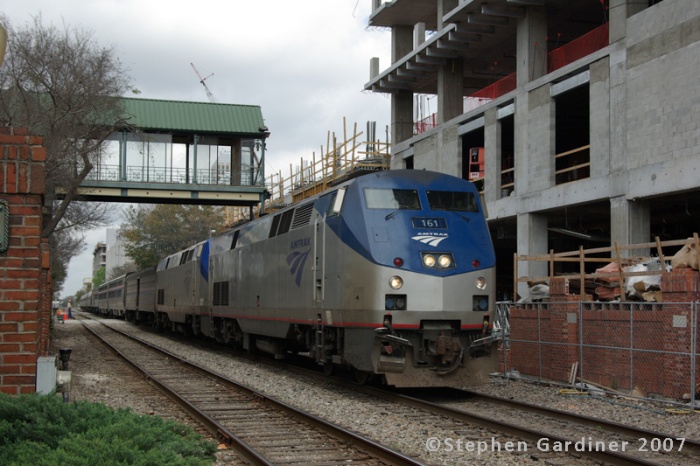 While I missed the train at the Amtrak station in Orlando, it’s a much nicer looking building than the area around Church Street was when I was there with the construction going on.  The former Seaboard Coast Line station that Amtrak uses is a much more attractive building, though if memory serves, it wasn’t much for sightlines in terms of taking train pictures at. 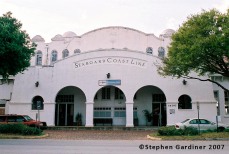