Every now and then, much as I build a plastic kit or do something else to work on skills, I work on models that aren’t actually for my layout. This is one that’s been kicking around for a couple of years since I picked up a decal set for the VIA Rail “Canada 150” wraps that ran in 2017. This is a moderate detail up project, using an unpowered Athearn “Blue Box” P42 locomotive that I got cheap at a flea market show. I don’t care if it doesn’t run, this is one for the display case as I really liked what VIA did for Canada’s 150th anniversary of confederation by decorating a number of locomotives and coaches with different names of Cities and Towns served by the train.

The project is a fun one, adding some rooftop and underbody details, the new high intensity headlight that isn’t in the old body, and adding some photo etched metal grills on the radiators at the rear. Then it will be a chance to practice on airbrushing and masking for painting. Not a high priority project, but one that as I’ve been cleaning and organizing around the layout room and workbench, I decided this week to make a start on for something to do aside from layout construction. 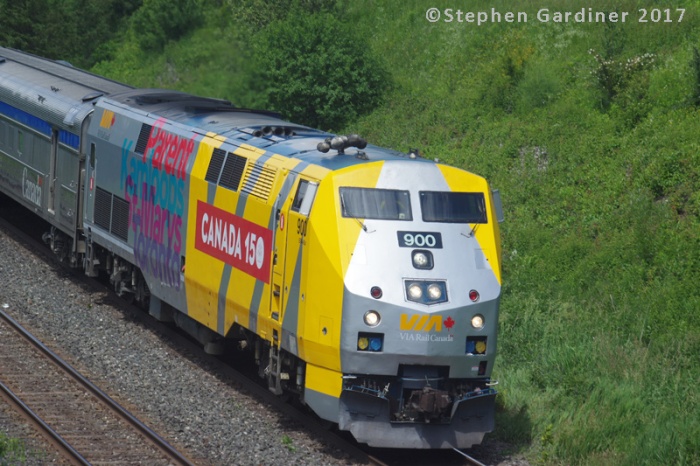