Skip to content
HomeHelping a Friend with a Side Project

A friend and co-worker Adam who is also an N-scale model railroader had been asking me for some help with a project, as he doesn’t have any experience airbrushing, or facilities to do so. Ordinarily, I would suggest for teaching I would have gotten together on more than one occasion, but he has a bit of a rush to finish this, so I told him if he dropped the parts off to me at work last week, I could prep and prime them, and he can come over to do the finish airbrushing of colour next week and take everything home to assemble. 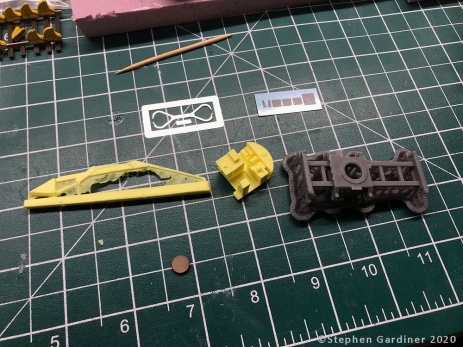 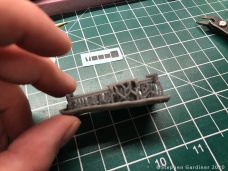 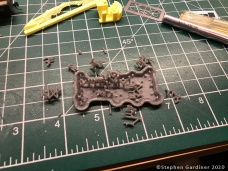 Micro Trains N-scale Tie Crane, a part of a 3 pack of service gondolas they sell. The small print on the purchase is the crane is a “multimedia” kit. The largest part is 3D printed, but comes complete with the print raft attached still.

The project is a small crane that rides above gondolas, and can walk its way between cars that is used on MOW service. Its actually a pretty cool model, but when I was searching online after he told me about what he needed to work on, it wasn’t clear in any of the marketing material that part of what you are buying is a kit, along with the three weathered gondolas it comes with. I think this caught out Adam’s dad whose model this actually is too! Eventually, I found the instructions online, its pretty simple assembly. The parts are actually quite nice once the 3D print support material is removed, and the flash on the resin castings cleaned up. It even has a really nice etched claw for the tie grabber. 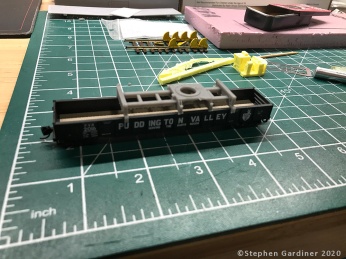 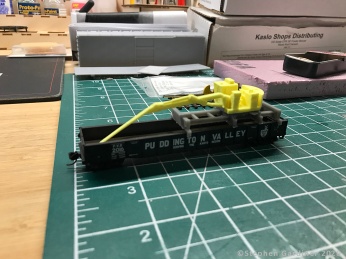 Conveniently, the only N-scale car I have is the Rapido Trains Mike McGrattan Memorial Car (RIP Mike). The Micro Trains tie loader fits it to check everything is ok after cleaning up the parts.

Since its snowing like crazy in Toronto today, and I was doing train stuff, I pulled out the spray booth and painted a few sets of wheels, and put a quick coat of primer on the parts for the crane. As I said, in a perfect world, Adam and I would have been able to schedule a couple of get togethers so he could prime and paint, but at least I can work with him on the painting, and of course, as Maintenance of Way equipment, he wants to paint it yellow, so he’s at least picked a hard colour to get right for his learning!! 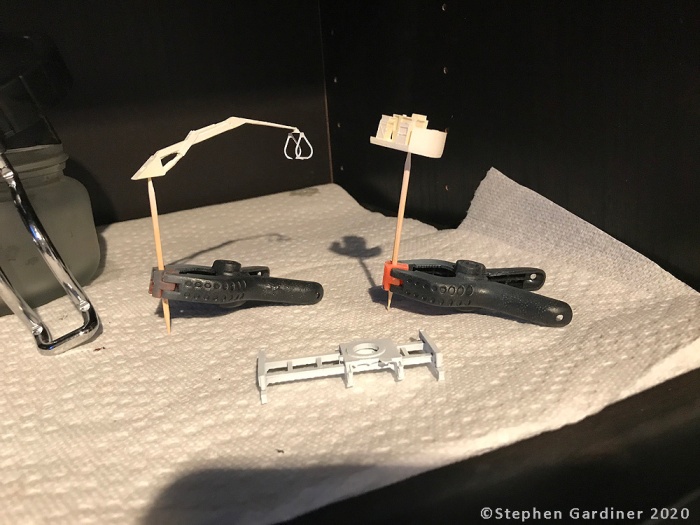 Hit with primer, my work here is done other than to show Adam his way around my airbrush Monday night.